“The witcher Geralt, a mutated monster hunter, struggles to find his place in a world where people often prove more wicked than beasts.”
– Netflix website

In The Witcher we follow three timelines. That of Geralt of Rivia, Princess Cirilla and Yennefer of Vengerberg. I would’ve preferred watching events unfold in a subsequent and linear fashion. However, I loved the characters.

Geralt of Rivia arrives in Blaviken to collect his coin for killing a kikimora monster but is actually manipulated and tricked by Stregobor. Master Stregobor is a Sorcerer who lives in hiding and wants Geralt to kill Renfri.

I like the sound of The Witcher’s deep voice and how he talks to his horse, Roach. Everybody hates Geralt but if you are smart and value your life you wouldn’t dare mess with him. He reminds me of Strider the Ranger (aka Aragorn) in The Lord of the Rings. Dark broody and mysterious.

Why does Stregobor want to kill Renfri anyway? Is it because he believes she is evil and cursed? hm. Why does Renfri want revenge? I don’t think those answers are well defined because I am not familiar with their backstory.

Geralt doesn’t agree to Stregobors demands, neither does he consent to Renfri’s request to kill Stregobor, but it comes to pass that Geralt is stoned in the marketplace and he makes a choice that he will never know if it was the right one according to Renfri’s prophecy.

The Nilfgaardian army attacks and kills Queen Calanthe of Cintra in the battle of Marnadal all the while Geralt is locked up in the gatekeep. Princess Cirilla escapes the battle but is hunted and pursued in the woods by Cahir of Nilfgaard. While on the run princess Cirilla meets an Elf and gets taken in by The Dryads of Brokilon Forrest. Destiny plays a big part in this series. Everyone keeps telling Geralt that he will meet a girl in the woods and that is his destiny! I mean what the f#*@k happens after that? Honestly, I thought Ciri the most boring timeline out of the three so far in season one.

Tissaia finds Yennefer and trains her to be a powerful mage.

Yennefer, cursed with a crooked spine, learns she has powerful magic when she accidentally portals into Aretuza and meets Istredd. She is sold to Tissaia de Vries the Rectress of Aretuza for four marks (currency) less than a pigs price and calls Yennefer piglet. I guess it’s a term of endearment. Idk but I love Yennefer!
Zelelane (Elder) incantation to lift a rock while killing a flower. Sometimes a flower is just a flower, and the best thing it can do for us is to die.

Yennefer puts herself through hell to alter her appearance to look beautiful but she risks losing her fertility. Regardless of not being able to bear children she goes in search of a cure and meets Geralt. She wants to be the most powerful sorceress and tries to trap a genie but in the process almost dies. I loved Geralt for saving her and for letting the genie go. In the heat of destruction, they are both found safe and alive. They embark on another journey to find a dragon which proves very interesting but Yennefer is intercepted again by Geralt and his beauty. He was probably under the influence of the genies wish so Nyx on love *sigh. I want Geralt and Yennefer to be together so badly.

When Geralt and Jaskier are captured by Elves they are badly mistreated and almost killed if it weren’t for Torque. However, when Princess Cirilla is taken by dryads in Brokilon Forrest, she is very well cared for.

– What happened to you? Your mother fuck a goat?
– I am Torque the Sylvan, a rare and intelligent creature!
– You’re a dick! With balls!
– Balls I got from humans, who left our food filled with iron meant to poison me! Did your mother fuck a snowman?
– You are intelligent, I’ll give you that.

8 thoughts on “The Witcher – Strong Becomes Him” 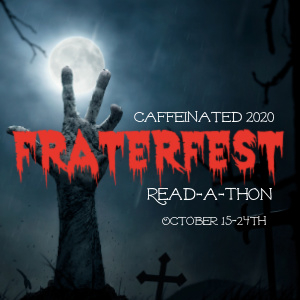